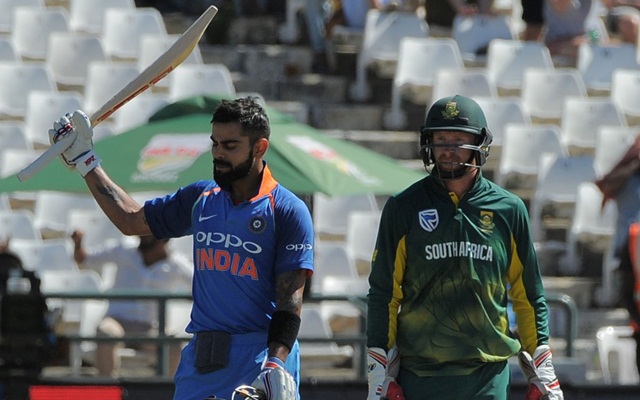 INDIA VS SOUTH AFRICA: The remaining two ODIs between India and South Africa are likely to be played in empty stadiums. The reason for the same is the Coronavirus pandemic, the reports say.

The first ODI, which was to be played today in Dharamshala, was abandoned due to rain. The next two matches will be played in Lucknow on March 15 and in Kolkata on March 18.

The sports ministry has issued an advisory. It said that if postponing the matches is unavoidable, then it is preferable to conduct it without a large public gathering.

“The BCCI is in receipt of its sports ministry’s advisory. Obviously, if we are advised to avoid large gatherings, we will have to abide by it,” a BCCI source reportedly told PTI.