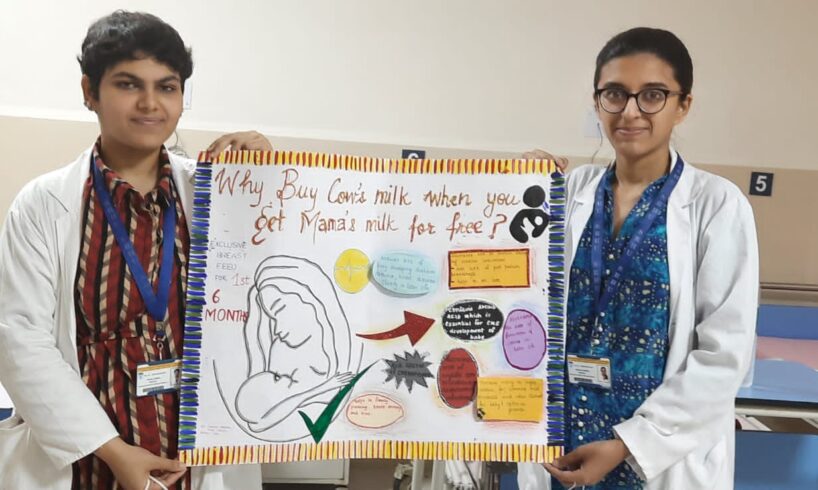 Uttarakhand, India: To observe World Breastfeeding week, Himalayan Hospital Jolly Grant in Baksar Wala, conducted various awareness programs throughout the first week of August. The Department of Neonatology and Community Medicine of the hospital conducted all the activities. The motive was to spread awareness about breastfeeding, and general health and hygiene for lactating women.

As a part of these awareness campaigns, the hospital staff conducted several seminars and pasted posters with different messages. Moreover, the practising physicians at the hospital informed the locals about several facts about breastfeeding. They said that breastfeeding is a boon from nature to the mothers. Undoubtedly, it is one of the most effective ways to ensure the good health of babies as it is the ideal food for them.

They informed people about the health benefits of breastfeeding for both mother and baby. Their motive was to promote breastfeeding in public and educating women about the safety precautions needed.

They adopted several ways to spread the messages. The students learning at Himalayan Hospital Jolly Grant informed pregnant women and mothers about the importance of breastfeeding through drama, poster exhibitions at Anganwadi Center Doiwala, Kudkawala, Raiwala.

The origin of World Breastfeeding Week

From August 1 to August 7, World Breastfeeding Week is observed all across the globe. WBW in commemoration of the 1990 Innocenti Declaration. It started in the year 1992, with annual themes including healthcare systems, women and work, the International Code of Marketing of Breastmilk Substitutes, community support, ecology, economy, science, education and human rights.

Since 2016, WBW is aligned with the Sustainable Development Goals. Further, in 2018, a World Health Assembly resolution endorsed WBW as an important breastfeeding promotion strategy.