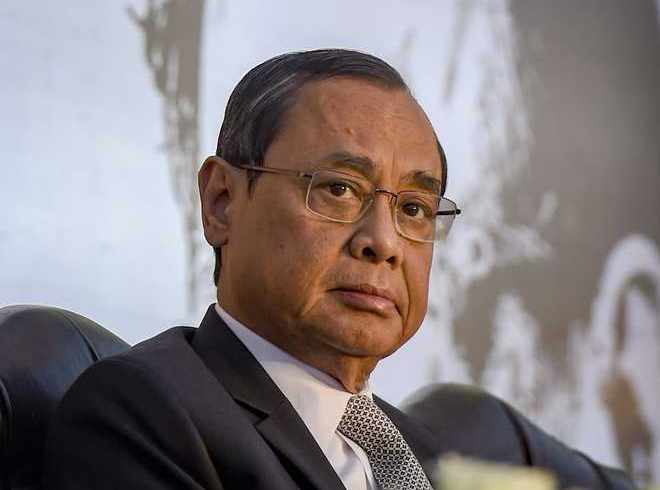 Gogoi is facing criticism from former judges for accepting the nomination from the President Ram Nath Kovind.

“Former CJI Ranjan Gogoi” has the Supreme court benches that have made some remarkable and historical judgments. One such judgment was on the Ayodhya land dispute case. He has also headed the benches that ruled on Rafale fighter jet deal and entry on women in Sabrimala temple.

On Monday, the Union Home Ministry issued a notification saying Gogoi was nominated to Rajya Sabha by President Kovind.

This was the notification issued by the Union Home Ministry.

“In an exercise of the powers conferred by sub-clause (a) of clause (1) of Article 80 of the Constitution of India, read with clause (3) of that article, the president is pleased to nominate Shri Ranjan Gogoi to the council of States to fill the vacancy caused due to retirement of one of the nominated members.”

On Tuesday, “Former CJI Ranjan Gogoi” accepted the nomination and reportedly said that he will address the media and tell the reason for his acceptance.

“I’ll go to Delhi tomorrow. Let me first take the oath then I will speak in detail to the media that why I accepted this and why I am going to Rajya Sabha,” Gogoi reportedly said.