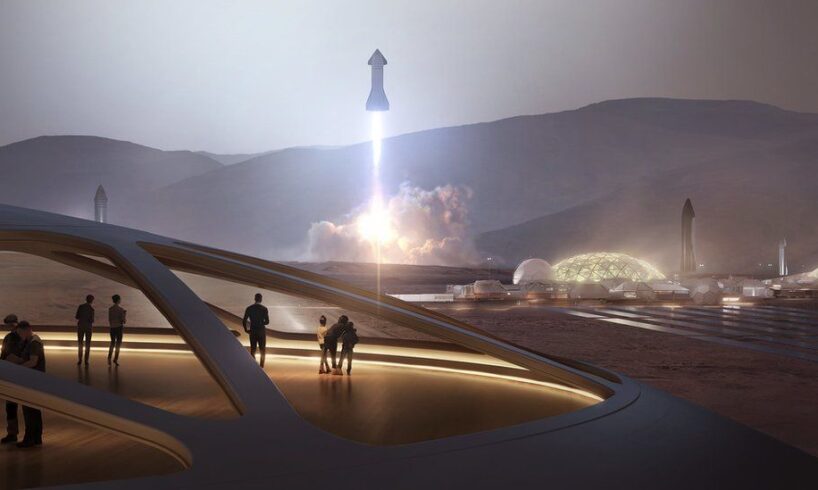 Have you ever thought of a spacecraft that can ferry 100 people to space, return to earth and then repeat the same process? Just like an aircraft does, but on earth!

Elon Musk is the person known, not only for his wealth but for his future aspects and vision. His company SpaceX is developing a spacecraft that will undoubtedly be a game-changer for the space travel. A spacecraft that can carry 100 people and go to Mars. Not only this, the spacecraft would be completely reusable and repeat the same process multiple times. The spacecraft is called Starship.

Elon Musk has already shared his vision with the world. The idea behind SpaceX is to make human life multi-planetary. According to Elon Musk, settling humans on other planets like Mars can save civilisation from the cataclysm that the earth may face in future.

The founder of SpaceX dreams of building cities on other planets. And Elon Musk’s Starship is just a small step towards it.

Starship is a combination of a rocket and a spacecraft. The motive is to ferry multiple people to Mars and then return to the Earth. This engineering masterpiece is fully reusable. In most of the spacecraft, the principal hardware are allowed to burn up. However, this technology is something else. The Starship will return to the Earth.

According to the BBC, the long trips to Mars on Starship can take up to nine months each way. Therefore, Elon Musk’s SpaceX is planning to install around 40 cabins in the payload area near the front of the upper stage of the aircraft.

Also, there would be common areas, storage space, a shelter where people could gather and protect themselves from the solar storms.

It is to be noted that SpaceX will also play an important role in NASA’s Artemis Programme. The aim of this Artemis Programme is to establish a long-term human presence on the moon. In March this year, NASA awarded SpaceX with a $2.89 bn contract.

The engines of Elon Musk’s Starship

BBC reports that at the rear of the craft, there are six highly efficient, Raptor engines. SpaceX has developed these engines over a period of ten years. These are designed in such a way that it cuts most of the amount of propellant that is wasted.

The propellant tanks are in the middle of the spacecraft that feed liquid methane (CH4) and liquid Oxygen (O2) to the raptors.

Methane works as the fuel and Oxygen works as the oxidiser here. The combination is called methalox. The upper stage of the spacecraft is capable of carrying large number of people to outer space.

Launch and re-filling of Starship

The whole Starship system asends from the launchpad and pitch towards the intended orbit. In the outer space, the upper stage of the Starship (one that carries the passengers).

As the rest of the spacecraft descends, it deploys steel structures called “grid fins”. These help steer the rocket back towards the launchpad. To re-fuel, the Starship would mate another spaceship that is already circling the earth and solely acting as the propellent depot.