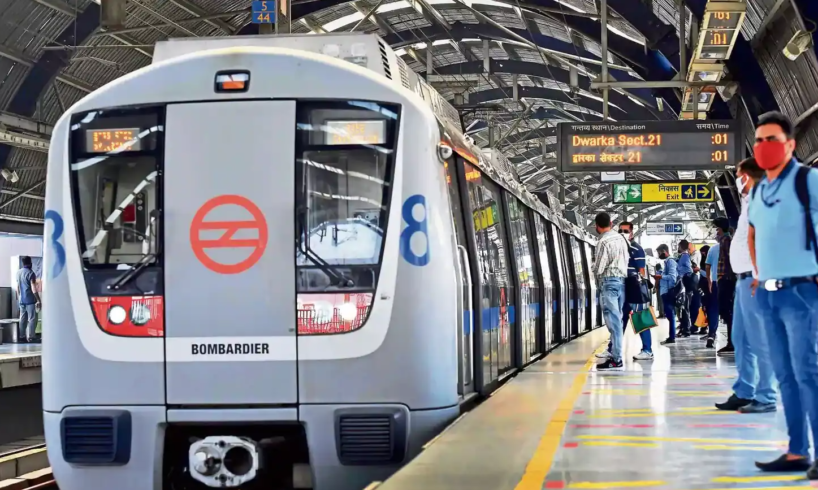 On 24 December 2002, DMRC started operations. It is the second metro network that India has after the Kolkata metro. There are 286 metro stations managed by DMRC and it covers an area of around 390 kilometres.

It has been 20 years now and Delhi Metro Rail Corporation has witnessed several changes and has seen immense growth. Here are some of the lesser-known facts about the Delhi metro that will surely blow your mind.

The voices behind Delhi Metro announcements

If you have travelled on Delhi Metro, you might know that several announcements are made inside and outside the metro. Do you know the people behind these voices?

The deepest station in Delhi Metro

One interesting fact about Delhi Metro is that you won’t see the trains running just next to the roads in Delhi. Either they run above the road or below the roads. Some platforms are so deep that you have to go about two floors downstairs. You won’t believe that the deepest point of Delhi Metro is 45 metres below the Rajiv Chow metro station. However, Hauz Khas is the deepest metro station in Delhi.

It has a depth of 30 metres, which means that the platforms are 30 metres below the actual roads. Also, it is one of the largest stations in Delhi.

The most crowded metro network

As the network has expanded to several cities in Haryana and Uttar Pradesh also, the number of passengers has also massively increased. It carries more than 700 million passengers every year, which is more than the population of the United States of America. On average, the Delhi metro carries around 1.5 million people every day.

The unique feature of escalators

Delhi Metro stations are the cleanest. On most of the platforms, you won’t see any garbage. You will be amazed to read that there are no dustbins at any of the Delhi Metro stations (except around some shops at the stations). Yet people and the DMRC staff manage to keep them clean.

An amazing fact about Delhi Metro is that it helps reduce 630,000 tonnes of Delhi’s pollution. United Nations has certified the Delhi Metro.

In the year 2011, the United Nations certified Delhi Metro Rail Corporation as the first metro and rail-based system that gets carbon credit for reducing greenhouse emissions.

Delhi Metro Rail Corporation has started several CSR initiatives. One such initiative is Children Home. DMRC started this initiative for the welfare of the children on the streets. It is equipped with dormitories, classrooms, computer labs, activity rooms and much more.

There is a museum inside the Patel Chowk metro station. Also, it is to be noted that it is the only museum in the entire south Asian region that is situated on a functional metro station. This museum is situated at the concourse level of Patel Metro Station.

The tallest escalator in India

You will see several engineering marvels in Delhi Metro. Here in Delhi, you will also find the tallest escalator in India. At Janakpuri West Metro Station on the Blue and Magenta Line, you will find 15.6 meters tall.

The horizontal height of this escalator is 35.3 meters, almost equal to a five-storey building.