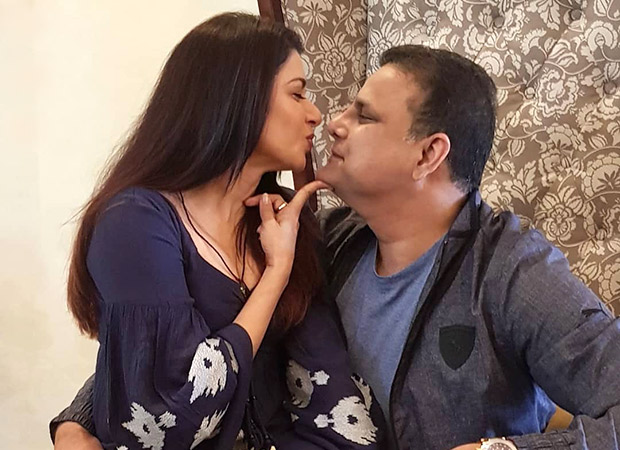 Bhagyashree is the heartbeat of many fans till the time the movie “Maine Pyar Kiya” got super hit in Bollywood.

She made a blockbuster debut with Salman Khan-starrer Maine Pyar Kiya but when she was getting more offer to act in the movie she chose to tie the knot with Himalay Dasani in 1990.

In a recent video, which got surfaced online, the actress revealed that she and Himalay were separated for one-and-a-half year though they patched up post that. She also recalled and said that it was a scary phase for her.

In the video, she said, “Yes, Himalay Ji was my first love and yes, I got married to him. Lekin ek arsa tha beech mein jab hum Juda ho Gaye the (But there was a period of time when we were separated). And I had that feeling that ‘What if I hadn’t got him in my life and I had married someone else?’ It got me to that stage because there was a period of a year and a half that we weren’t together. Woh ehsaas abhi bhi yaad aata hai toh darr lagta hai (I still get scared when I remember that feeling).”

Maine Pyar Kiya was a hit and post the success of Maine Pyar Kiya, she got many offers but she chose to bid adieu to her film career.

During an interaction with Humans Of Bombay, she said, “Maine Pyaar Kiya went on to become such a big hit, but I was a woman so in love with my husband and my son Abhimanyu who was born soon after that I said no to every offer I got. I have absolutely no regrets though, I look at my life, my family now and I feel so proud. Very often, people say ‘giving up such a bright career’ is backward, but I disagree. I respect and admire career women who can juggle both, but I took the decision of being a full invested homemaker and believe me, that’s a thankless job. But it’s all worth it when you see your children growing up into fine human beings.”