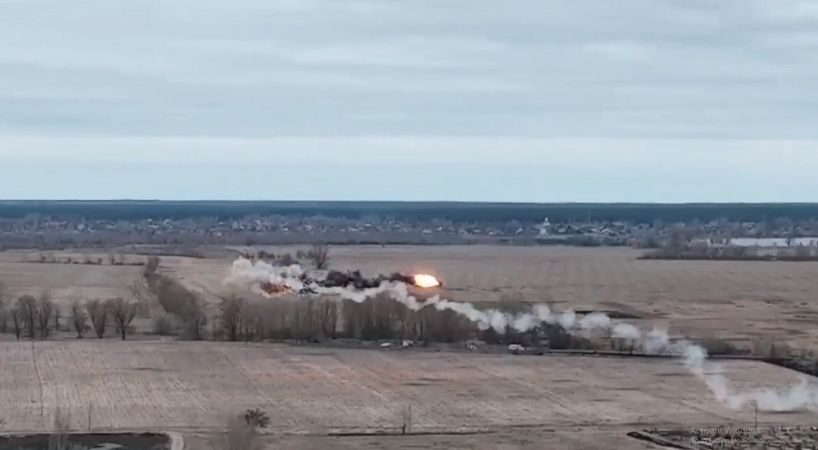 Kyiv: Ten days have passed since Russia’s attack on Ukraine (Russia Ukraine War), but the Ukrainian army is not allowing the Russian army to advance extensively in big cities like Kyiv, Kharkiv. Claims are also being made of shooting down soldiers, missiles, fighter planes continuously from both sides.

Amidst similar claims, the Defense Ministry of Ukraine has released a new video. It has been claimed that this is how Russian invaders are being killed. This time in a helicopter. Glory to Ukraine and its defenders! We will win together!

The Ukrainian army is giving a strong challenge to Russia through anti-tank Javelin missiles and other weapons. Two rounds of talks have been held between Ukraine and the Russian army, but no result has been achieved. Meanwhile, a 5-hour ceasefire agreement was signed between Ukraine and Russia in the city of Mariupol and Volnovakha, But Ukraine has accused Russia of shelling in violation of this agreement.

Ukraine says that the Russian army had promised to stop firing, but it did not happen. The city of Mariupol has been surrounded by Russian forces for several days.

There is a crisis of electricity, water, food. People are worried in the midst of severe winter. This siege of Russia has been compared to the Nazi army’s siege of Leningrad in World War II. Since the Russian attack, 1.2 million people have fled to neighboring countries.

Russia has captured important cities like Berdyansk and Kherson in a 10-day attack. Kherson is a strategically important city on the South Black Sea coast.

But the capture of the city of Mariupol on the banks of the Azov Sea could prove to be a major strategic victory for him. Through this, Russia can completely block access to Ukraine’s beaches. Also, contact can also be established between the soldiers coming from Crimea and Donbass.