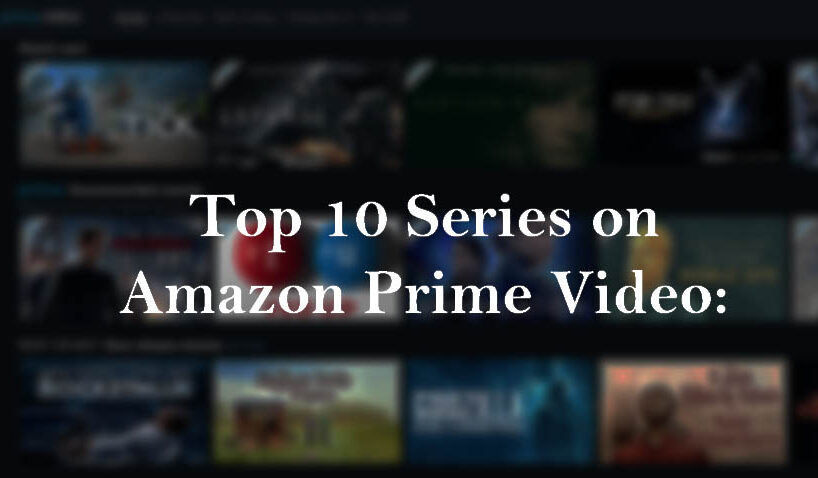 Since the release date of various OTT platforms like Amazon Prime Video, Netflix, zee5, etc in India,  till today, these platforms are giving very tough competition to the whole Bollywood industry.

These platforms have given various masterpiece content to their viewers because of which a new emerging trend can be seen of web series among the Indian audience, and that’s why these platforms have successfully fixed their feet in the Indian entertainment industry in a very short period.

So there is no logic to Skip the amazing series available just one click away on these platforms.

But the problem here is that there are a lot of series to choose from, how will you know what is good for you and will get you the best entertainment on your time invested in the series?

But do not worry, Yellow digit has handpicked the Top 10 series on Amazon Prime Video you can watch now, and end your cravings for entertainment.

So the 1st one in our Top 10 series on Amazon Prime Video is Laakhon Mein Ek. Written by Biswa kalian Rath (renowned stand-up comedian & writer), Lakhon me Ek series is based on real-life situations combined with sheer brilliance.

In addition, This series holds 2 seasons to date with a total of 14 episodes.

Aakash, who is from Raipur is very fond of making mimicry video but is under immense pressure from his parents to choose engineering as a carrier. But he got 55% marks in his tenth board exam due to which doesn’t get admission to any college. So his fathers then send him to Vishakhapatnam in the coaching institute to crack IIT, and where he was assigned to section D where students with the least marks in academics are enrolled. Aakash then soon realizes that he is a misfit for this ecosystem.

Problems begin with Dr Shreya when she is posted in a remote village for the cataract camp. Where the ecosystem is corrupt and full of politics, her team consist of the most undesirable team members as well as the villagers who aren’t the supporters of the government healthcare system. So Now How will Dr Shreya manage in this system which is full of challenges?

The story revolves around four female best friends (two in their 30s and two in their 20s). Who belongs to different life paths, deals with their work-life, relationships, their ambitions, and love and also finding what thing feel them happy in their lives in the male-dominated Indian society.

The story revolves around an inspector Hathiram Chaudhry who has been assigned a high–profile attempt to murder a case on a renowned journalist. However, This case then turned out to be way more complicated and mysterious than expected. An investigation of this case then leads the cop to the underworld (which is series cased as PATAL LOK in the series).

One of the best series on amazon. Starring Manoj bajpayee, the story revolves around Srikant Tiwari who is a world-class spy from National Investigation Agency. Srikant tries to protect his nation from terrorism and his true identity because his actual identity (about being a spy) is well hidden from his family, friends and society. To sum up, this series is a perfect blunder of comedy, drama and action and will keep you well gripped all the time.

Created by The viral fever (a renowned youtube channel and company, remembered for their epic content) for the Amazon Prime Video. starring Jitendra Kumar (one of the most good-rated star of the viral fever) with the amazing concept and storyline, immediately wons its audience hearts. The story is of an engineering grad Abhishek, who has to work as a panchayat secretary to a village head in a remote village due to a lack of jobs in engineering. So to sum up, this series is worth watching.

Showcasing a 1950s plot, this series is a story of a women Miriam Maise who is living the perfect life she ever wanted. A good husband, 2 children and a good apartment in The New York City. But soon her life took a sharp turn when she realizes that her husband has an affair. However, this tragic moment helped Maise to discover her inner talent which is stand – up comedian.

The story shows the case’s mafia rivalry in Uttar Pradesh and the Bihar regions of India. The series is about various interesting and different characters and mafia gangs who envy each other but everyone has the same aim to be the king of Mirzapur city. The series is one of the most fascinating web series made in India and therefore suspense and storyline keep the audience tightly gripped to the screen every time.

Staring R Madhwan, Amit Sadh, this series is another masterpiece from amazon originals. The story focuses on 2 men who are engaged in such a situation where they can cross all the limits and even can kill someone to save one they love. Hence, with an amazing tendency to hold the viewers to the screen, this series is a must-watch series on your list.

This Amazon original series revolves around a girl named Pushpavalli who belong to a small – town. Hilarious events start when she meets a charming boy Nikhil in an organic food convention and started falling for him at the first sight. Pushpavalli then does a lot of things from breaking her leg to stealing Nikhil’s dog and following Nikhil to Bangalore to get in Nikhil’s sight but ends up messing everything. The series is full of hilarious scenes which will make the audience to go ROFL.

So the last but not least, Bandish Bandits is the 10th series recommendation Top 10 series on Amazon Prime Video. This story is about two singers but of different genres, Tammana is a pop star, and, Radhe is an Indian classical singer. However, Both singers’ life turns 180 degrees after they met each other. They soon set an incredible journey of self–a discovery with each other. Hence, The series is based on a very different concept and is worth watching.

So how much do you like our hand picked Top 10 series on Amazon Prime Video??

Tell us in comments below!!