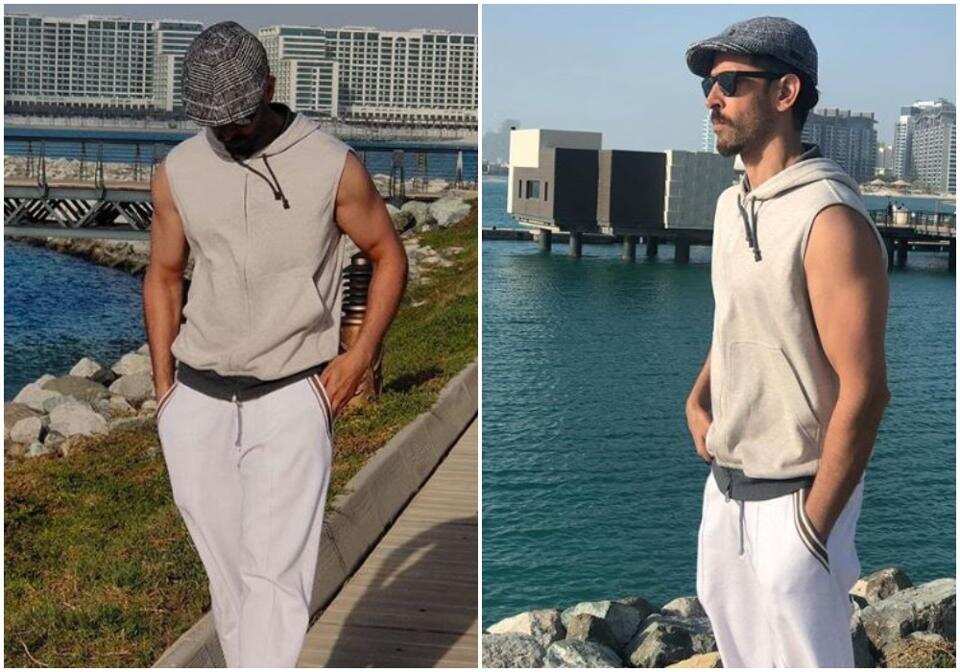 Hrithik Roshan is known for his acting and his dancing move at his best. fans love his every bit and want to know every detail of this great actor. Recently Hrithik Roshan is enjoying a holiday. On Friday, the actor shared two pictures and it appears they are from his time in Dubai.

Sharing these pics, he wrote: “Looking for the storm. Meanwhile. Enjoy the calm.” In the pictures, Hrithik, looking much leaner than his normal self, can be seen looking towards the open expanse of the sea. He is casually dressed — a white track bottom with sleeveless hoodie jacket. He has a cap on and is wearing dark glasses.

The post got a lot of love from fans and his colleagues. Tiger Shroff wrote back: “You are the storm”.

Hrithik Roshan and Tiger starred in one of the biggest blockbusters of 2019, War. The film, which pitted the two against each other, starred Hrithik as a commando who goes rogue. Tiger is tasked with the job of bringing him back. Speaking about the success of his two films, War and Super 30, in 2019.