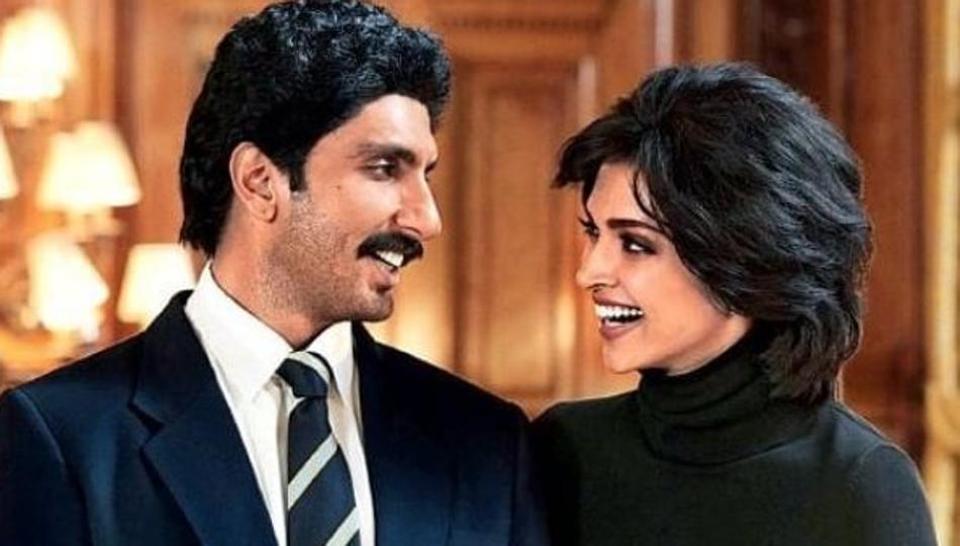 The Indian cricket team’s surprise win at the World Cup in 1983 in the captaincy of Kapil Dev has given Indians to feel proud. To live that moment again through cinema Kabir Khan is making 83 with Ranveer and Deepika as a lead role.

Kabir Khan’s 83 tells the story of the Indian cricket team’s surprise win at the World Cup in 1983, where India beat the tournament’s favorite West Indies, in an unexpected turn of events.

Now Deepika Padukone’s first look as Romi Dev from Kabir Khan’s 83 is out. Deepika plays wife to real-life husband Ranveer Singh who essays the role of Kapil Dev in the film inspired by India’s victory in the 1983 cricket World Cup.

In the pic, Ranveer as Kapil and Deepika as Romi Dev, are looking at each other, while Ranveer looks relaxed as he is looking to Deepika, Deepika wears a big smile on her face. Her short bob hairdo, much like Romi’s, is the highlight of the pic. Deepika wears a black and cream ensemble while Ranveer is in a Team India blazer.

Sharing the photo, Deepika wrote, “To play a small part in a film that captures one of the most iconic moments in sporting history has been an absolute honor. 83 for me is an ode to every woman who puts her husband’s dream before her own…” #ThisIs83.”